As the game goes on..

I was absolutely wrong in my previous post when the world cup had just started, but don't you sometimes just think a wrong thing happens though you wish it happens the other way round ? I know, so opposite to the law of attraction made popular by The Secret.  but it does happen.Coming back to the point, when the World Cup started & how I assumed things & blamed the Oz for making the WC really boring by turning out to be a winner every time ! & look now  ! when the game has moved on to the Semi Finals with the last 4 best teams (or really ?) remaining to compete without the 3 time defending champions.

Moreover, the epic India v/s Pakistan Semi-final has been something which has taken this world cup to the new heights.It is like a dream game for the cricketing fans of the 2 nations known for their rivalry since independence on different battle grounds.Sentiments are at their highest.I mean corporates declaring a day off, half-days, & work from home for their employees, are we really talking about just a sport here ?!? There are big screens being put up in cafes, restaurants & every where around ! The tickets being sold at the record-breaking prices of upto a lakh. As the country drenches itself in the festive mode, while the Pak PM accepts his Indian counterpart's  invitation to watch the match at Mohali & cyberspace buzzes with the predictions, cartoons, mockery, fun & what not, it definitely is a highly-awaited national event.Let the records be broken & the winner comes out at its best !
Blah Blah by Aakanksha at 10:38 PM 2 comments:

The best way to spend a work-from-home lazy Monday is to complete a good book & here I was done with Aravind Adiga's debut & Man Booker Prize winner "The White Tiger".Named so in reference to the central character of the story Balram Halwai , a phrase used to signify one of its own kind among many in a generation.This was something he was told by any educational inspector during Balram's short stint (due to circumstances around him) at the local village school.

The story,as it proceeds from the point of view of Balram, just another person belonging to - 'darkness' or the other side of the not-shining-India, brings upon the harsh reality of the second India that exists, first being the 'Lightness'.Balram, as the narrator of the story, takes the reader through his own life story, how he saw his father suffer under the rich as a simple rickshaw puller just like his entire village under the rich landlords.He learns to drive, manages to get work in the city of Dhanbad under the landlords again (& so showing his 'The-White-Tigerness'), where he brings forth the description of the Lightness side, which is full of its own darkness like corruption, infidelity etc.

As the story proceeds with Balram moving to Delhi with his masters, he gets to know the tricks of the trade, and watches life from a bigger city's perspective, facing the harsh realities, and at the end, himself acting like a brutal, amoral person, murdering not only his master but being responsible for the death of his complete family just in order to break out of his Rooster Coop, a term defined in the book referring to the lower classes who are kept from rebelling against the society. 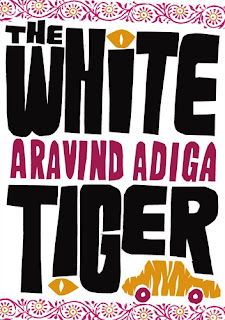 It is a gripping work by the author as the complete story is in the form of letters the character writes to a visiting Chinese Prime Minister, throwing light on the similarities & comparison of the two countries, focusing on Bangalore & the Outsourcing which has changed the face of Globalization, about entrepreneurship & most of all a very true reflection of the Indian society.

Just like what a person reads reflects the taste of a person, & to a considerable extent of what he/she is like, similarly the social media of a country, especially the Television & Radio & the entertainment they provide reflects a great deal about the society.Keeping this in view some countries try to assume the role of a moral police & hence try to censor the offensive content of any program.

Now there are no hard & fast rules on which we rate these programs & in every such case as this there comes a point of conflict due to the difference of the opinions.A recent shift in the timings of a program,a reality show  related to the adultery & relationships,on a famous Music channel to after 11 pm slot raised similar voices.The viewers of this particular show considered it a way too strict & an unnecessary move.However, authorities were right on their part considering that such programs though not adult-rated should have a restricted viewer ship. Exposing the children & the early-teens to such reality shows could proove to be a really bad example, as they still aren't in a position to judge the rights & wrongs specially related to such issues where they themselves are pretty premature to form any opinion of their own.This could have been the best possible solution favorable to all.

However,all doesn't seem well because even the authorities can at times make too strict a decision such that it infringes the rights of the viewers but Who is to decide that? I believe that the best deal is when we focus on how the censor-board is formed.It should be diverse in the important dimensions where the difference of opinions contradict the most like  regional, gender-based & most importantly the age factor.This way the moral policing wouldn't be taking a bad role at all as it would cater to the views of the different verticals/groups removing any discrepancy related to the censorship issue. 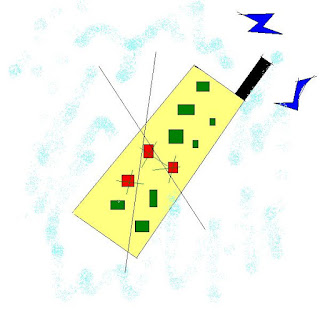 Blah Blah by Aakanksha at 2:19 PM No comments: