"Don't Mind, I am known for my nasty sense of Humour",& he was back into his typical roaring laughter.I,of course,was taken aback.I mean, meeting some one only for the second time, first time being his own wedding reception years back,I definitely am not the instant mixing types.

I knew him only as a distinct relative,former editor & a good writer.I had no idea that meeting him would be so changing,no wait the word is..INFLUENCING,my perception towards a lot many things as I learnt a lot from him,

True Love happens, it happens like they show in the movies,'infatuation' at first sight & you never know how & when that thin line disappears & everything just grows beautiful.You know that you are living that fairy tale well aware of the world around, being married does teach that.Following your dreams, taking that risk & coming out successfully in an offbeat career.. & then loosing it all right in front of you even before you realize.Life is definitely not fair.Those class X th Hindi poems about water bubbles,the strength of facing the reality but the remaining pain,it was all in his eyes even after years.

He had come to see me off.It was time for the train to depart & all I could think of was how we take things for granted but guess that's how it is all programmed to be, who knew 4 years back the importance of 'Ghar-ka-khana' but now, am grateful for all that I have.The cup will never run over but it does & unfortunately we hardly know about it.
Blah Blah by Aakanksha at 9:34 AM 4 comments:

Email ThisBlogThis!Share to TwitterShare to FacebookShare to Pinterest
Labels: memories

I so ever wanted to write such a post !
Read at your own risk ;)

Reached at 8:10 am,strolled around through the campus as I entered from the main DC gate.The procedure started at around 9 am, with documents being verified & division of around 30 students into 2 panels.The air was all so Interviewish with every one around in their formal-ties-folders-sincere looks !Thanks to some South Indian fellow,I didnt have to be the opener of this Indore Centre innings as the 'Universal Alphabetical Rule' was being followed here too so me being with my Lucky '2'

A guy randomly picked up one of the 2 topics:
" MNS: A right cause being solved in a wrong manner"
We were asked to either select this one or go to the next,condition being we couldn't come back to previous one.Almost everyone nodded for this one..(Luckily as the other topic as discussed by 2nd panel was " B-schools are just producing managers not entrepreneurs" phew !! )

As it began, everyone was into it, was kind of fish market in a minute, almost everyone spoke & was cut short by another participant( greatest part being,everyone includes me too,worst being couldn't put any relevant point, though realized later that the overall GD had lesser points of discussion than was expected given the topic was easy enough for everyone to speak something).Before I knew it got over & we were asked to speak for a minute each.Could speak for the complete 60 or may be more seconds, added an example too as they didn't actually need a summary, I guess !

P3:How was your GD?
Me:Well sir, wasn't able to express my ide..(was cut short)
P3:Rate yourself on a scale of 5?
Me:Hmm 3/5 ? :-O
P3:(with an 'aren't you under estimating look', which made actually me feel good !)That's just 60 %?
Me:(Nodding & was about to say something )
P3:(Looking at my form) Can we conclude that you are Illogical?
Me:(Oops Oh no)Sir I got stuck in 1 set during CAT which led to some time mismanagement in the DI section.
P3:Why don't you do a Msc/Phd in Chemistry ? (had mentioned about some Olympiad )
Me:Never thought of pursuing a career in it Sir, don't see myself working in some Chem Lab years from now &..
P3:But you seem to be good in that?
Me:Sir, that was just an examination I gave in school,was never interested in Chem. though.
P3:Okay,what is H2So4 + NaCl?
Me:(Urghh..Chemistry aghain??) Sir it is Na2So4.
P3:What's that?
Me:Sodium Sulphate.
P3:So, your father is a banker, you interested in Finance?
Me:Well yes sir,the interest is natural but would like to specialize in Marketing or Operations (OMG, why did I say this :-O)
P3:What's operations?
Me:How its all about ideas & Blah Blah.. ( I too was amazed to reply this one !)

P1:You have mentioned Blogging as one of you hobbies, isn't blogging unethical?
Me:(Kyaa?? Blogging & Unethical ?) Explained something about it.
P1: Isn't it a personal thing?
Me:There are types of blogs..companies can use them too...as ...
spoke something.. cited Google's example.
P1:What was your last post about?
Me:(I knew it this was coming)Apple's iPhone, V Day connection & something to sound technical.

P3:Is it useful for 50 + ppl? Market this iPhone to Sir(P2)
(Every one smiling)
Me:Spoke.Tried to convince him.

P2:I have a secretary.
Me:(with a wow good & offo)Put forward few points to convince him again.

P3:You know Ratan Tata doesn't even carry a cell phone?
Me:Well may be sir, but that's just an example,its his choice nothing which can be generalized about.
Spoke about how this age bracket can actually be used as an opportunity to market the product.Cited an example of good shoe business, market opportunity in a place where people aren't aware of the concept of wearing shoes.
(I believe this was the only intelligent thing I spoke in my complete interview, P3 was actually listening to me :-))

P1:Okay, we are done AH, Thank you.
Me:(getting up, all smiling)Thank you all & good days..
P3:Tell me what is the story behind this 'AA' double a's in your name?Some numerology related thing?
Me:No Sir, it is so from the beginning, even in my Birth Certificate.
(Ha ha)

Came out smiling, the 'Its all over now Look', wished the next guy, he had earlier mistaken me as someone else(after the GD).Mistaken, as he said :P
Met few work ex people.Got some Gyan from them & the complete experience.Surely improving the next time..!
Blah Blah by Aakanksha at 12:07 PM 4 comments:

Little learning & the Net Unavailability at hostel maketh a blog sensible by "Slow Blogging".Read this term somewhere which works behind the funda that slower blogging improves a blog's content, the same old story of quantity affecting the quality,as it won't contain the author's emotional outflow & thus saving the content & hence the readers.Doubtful though.

It wasn't supposed to be but seems like this 2nd month of 2009 is turning out to be a great learning month.With an unexpected, out of the blue, boundary case call from IMT G, ranking an enormous 15 on the Pagalguy's B school Ranking in India.The terms 'Luck' ' By chance' seem so appropriate now.Consequences being this part of my life can be easily called a short crash course on 'Indian Economy' 'Global Economy' 'Meltdown' 'Sub prime Crisis' & similar alien sounding terms as the links in the GD PI briefcase go on increasing blended with the as usual dreaded college mid term exams & lots of traveling.Time will only tell how this self help course works,as the countdown for this unanticipated event continues.

..but wasn't Feb supposed to be the most romantic month of the year?

Thanks to the accidental addition of my id in the mailing list of Apple, it considers me as one of its potential customer, god knows why & keeps sending me the amazing gadget photographs (oops..of course am interested 'Apple',though not for a good while).Like this time it did remind me of the "V Week",with its 'This V day, say it all with iTouch' mail. 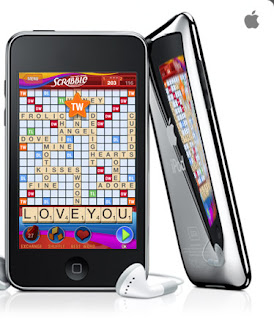