Whoever believed in love at first sight

Waking up sleepy eyed..swollen eyed, in my luxurious guest house where I had arrived a night before to a place out of no where to what was the IT hub of the sleepy city, welcomed by the telegraph passed beneath my guest house room, as I opened the curtains to see a bunch of school boys playing the muddy football in a field behind as it drizzled softly, the soothing September rain. That's how I was welcomed by the city.

"You may fasten your seat belts now" announced the flight attendant. As I look down to watch the lightened city. Not the Marine Drive lights but the remains of the Durga Puja previous week, cut in between by the silent and calm Hooghly, sheepishly passing by the city. That's how it again welcomed me back.


Life truly happens when we are busy making other plans.

Happiness is surprising yourself in morning by deciding not to go to office as you oversleep till you can waking up to a self indulging cold coffee with chocolate as you sip it while watching the falling dry flower petals from window outside.. 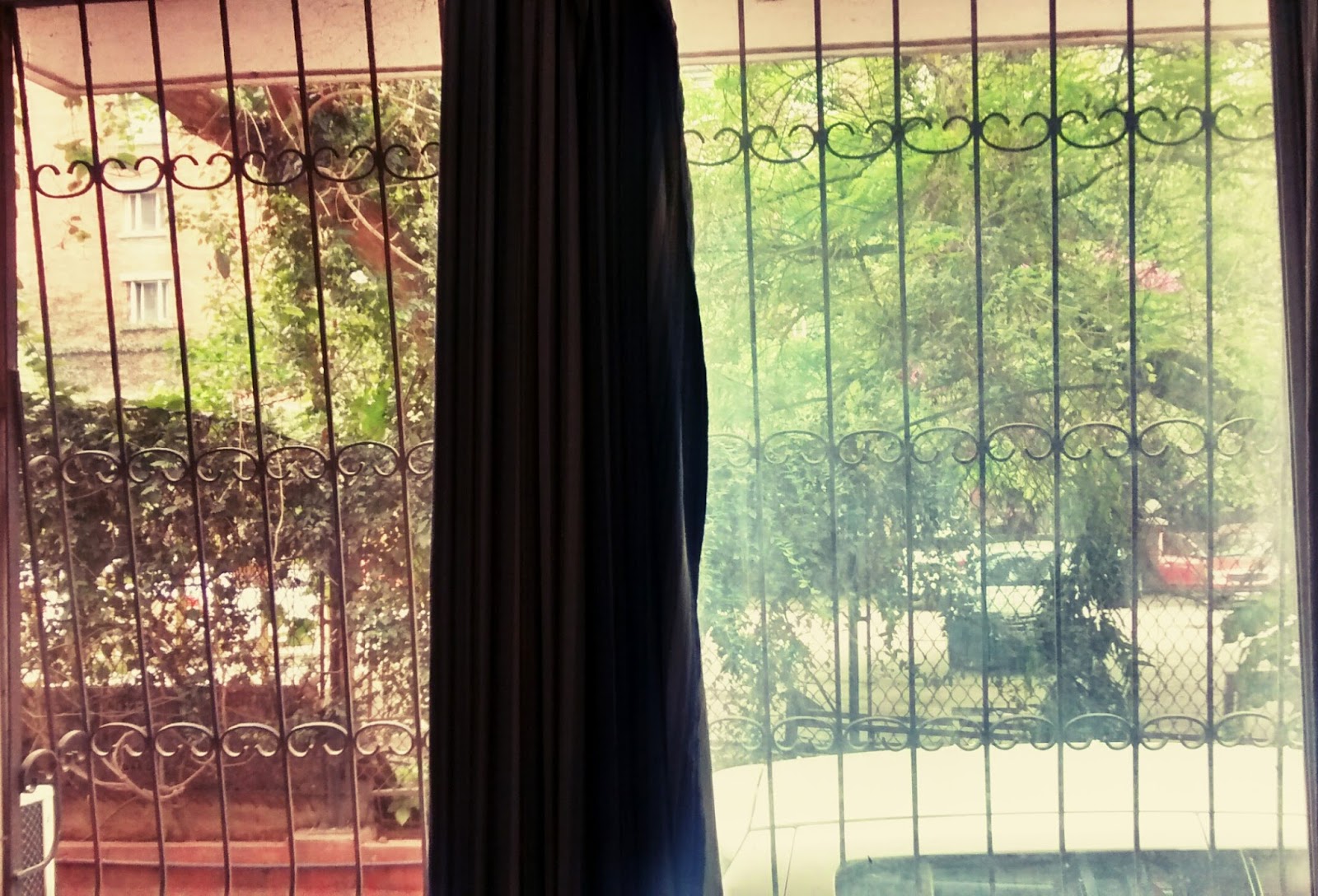 ... while the rain gods decide whether it's a good day for yet another tea time rain spell today as the cool breeze make use of the confusion making it a weather worth bunking and not just watching the rains from the office, going back to bed turning the pages and progressing through the long pending 500 year old book on political philosophy gifted by one of the most read person to be around and pondering over it while escaping to far far land and time only to be brought back to present by the chirping of birds over and writing it down like in school..

An Instant Vacation is so not overrated. Everything else is!
Blah Blah by Aakanksha at 4:44 PM 3 comments:

Of our freedom and the choices

We had an English teacher, who had a very unique style of teaching. I remember, one of his individual assignment, in class 11th even included watching an assigned English movie and give a presentation on it - the plot, characters, and critically reviewing it. Even after a completing an MBA course and having studied almost for 20 years, that definitely remains the best assignment till date (watching a movie giving you 20 credits, obviously had to be the best assignment!).

He once shared an incident dating back to the time when India had just got its independence from the British rule. It was a celebration everywhere. An Indian, out of happiness, opened up an umbrella on the face of an Englishman passing by the street saying "We are independent now, we can do anything! We have the freedom! " The person in front replied, "Your freedom ends, where my nose begins!"

This Ted talk by Monica Lewinsky shows us shows us something on the similar lines, the other side of the much talked about story or rather say a social media gossip:

There is no rule book of life and it's all about perspectives. Like I say, there is no right and wrong but shades of right and wrong as it is all relative. The way Deepika's recent Video on Women Empowerment went viral, and received mixed response shows us the luxury we have in our country of voicing our opinions (talking about #MyChoice). It's easy to have your say but difficult to listen to the person in front. Intelligence is having an opinion of your own but even a higher form of intelligence is respecting other's opinions and space. Make sure you are making the "Intelligent Choice"
Blah Blah by Aakanksha at 11:31 AM No comments:

One can try and take a person out of technology but can't take technology out of a person (read yours truly). Hence, while discussing the adventures and little joys of ethical and unethical technology experiences in personal life, with a colleague, I recollected this long faded side of me. And there couldn't be a better time to get back to the hobby of tinkering with the little techy stuff inside and outside the laptop.

So here I was logging into my Google account dashboard and dear Google, even though your most disappointing product - the google plus maybe on a hold but take a bow to the analytics. There just can't be a more beautiful dashboard. Call it occupational hazard but as I was trying to make any sense of the enormous data, I stumbled upon this "Account Inactive" option, or in other words the "online afterlife".

What happens to your huge data after you have stopped using your account for some time or in other words after you die! And no, this idea ain't inspired by those stupid romcoms or romsads but a very obvious and imminent situation given the fact that even now , FB has over 10 million dead profiles which is obviously bound to increase. So as of now, you have the option of notifying your near and dear ones that within some time your account will be inactive with even an option to mail the data. I say, a good option which definitely makes sense. Though, only time can tell how this online afterlife may evolve or even be of any slightest use. Meanwhile, get inspired by my last past and get offline!

Life is too short to be so online or even worry about the "Online afterlife"! #SelfReminder #BottomLine 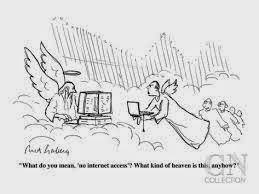 Blah Blah by Aakanksha at 1:46 AM No comments: