Among the good reads

I just completed an Indian fiction "The Immortals of Meluha" - the book 1 of the Shiva Trilogy series by Amish & the first thing I did after completing it was ordering the book 2. I never expected it to be so intriguing given that I had not given much try to such topics as spiritualism specially the one concerning the Great Indian God Shiva, whom we don't find as friendly as the other Gods in the numerous story books or TV series we all grew reading/watching up. Though its cover itself attracts many a reader to the different kind that it is. And as for me ,it definitely has opened a vast genre of the mythological fiction yet again. 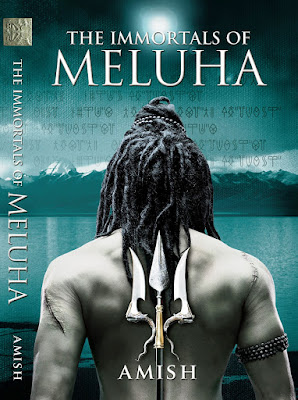 Must say the author had done a wonderful job of carving out a beautiful story from his imagination as he started with a simple human yet a courageous tribe leader called Shiva who goes on through tough decisions concerning his tribe & its well-being & takes us through any normal human emotions as Shiva & his group accept the invitation and immigrate to Meluha. The author then beautifully carries forward the story of Shiva, as he discovers Meluha, understands its people, finds his soul-mate & most importantly discovers his abilities while protecting Meluhans who as their legend said had waited for him since years.The ability which ultimately makes him find the Mahadev in him as others had expected in their neelkanth (Blue-throat).
A must read for anyone who has the patience to wait for the 3rd part, as of me, would have loved to read its all the 3 parts together had I known it before.. Can't Wait! :)
Blah Blah by Aakanksha at 1:09 PM